Go to zix.com
A few of us here at Greenview Data/SpamStopsHere decided that Matt in our support team needed a new office for April fools day.  Since he enjoys playing Minecraft so much, why not make him a block cave for an office?

First step was to build a mockup in Minecraft itself.  We decided to go approximately half scale by making each block 1.5' instead of the full 1 meter per block.  This let us be a bit more creative with the block arrangement. 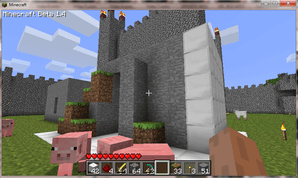 We started with some smaller boxes we had on hand.  Tried a few different paint schemes. 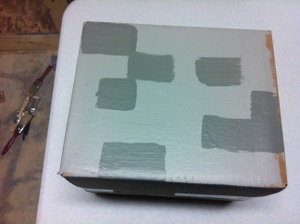 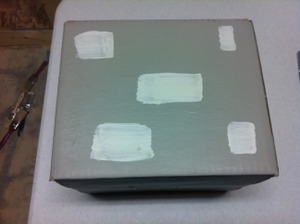 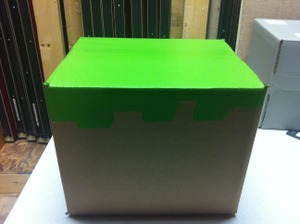 Had to experiment with many different paint colors. 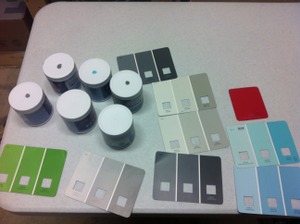 We finally decided on our paint colors and that free handing it wasn't going to cut it.  We proceeded to make stencils.  We created an 18x18 grid of 1 inch pixels.  The blocks in the game appear to have a 16x16 grid so it matched fairly well with the in game block. 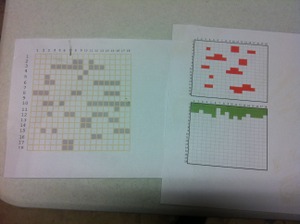 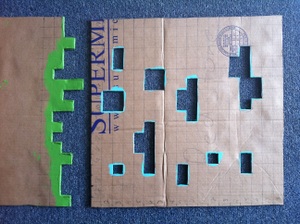 Here is the stone stencil after we were all done.  Caked with paint. 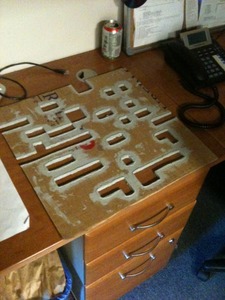 Our first full size prototypes of stone and grass: 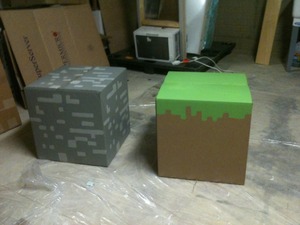 The assembly line begins.  We needed 50 stone and 12 grass blocks.  Since we had to do this in the basement storage area to avoid being noticed, we couldn't use spray paint.  We hand painted each stone with the stencil. 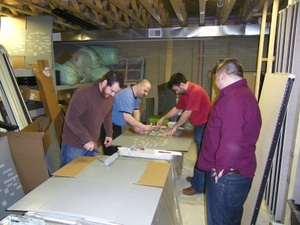 It's 7PM Thursday night, Matt has finally left for the day.  We're prepping the ceiling in the adjacent room.  Notice the diamond block in the lower left.  This is now directly above him at his desk. 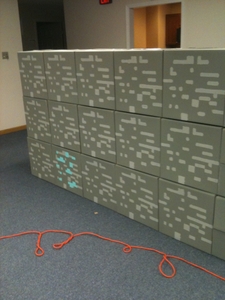 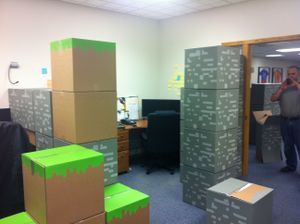 For the ceiling, we bolted each box together with 4 bolts and large washers.  One end rests on a 4x4 header mounted to the wall. 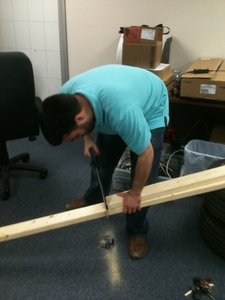 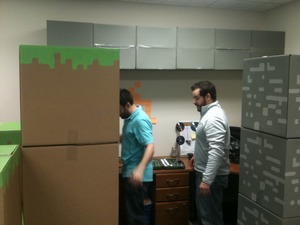 One of the center ceiling rows was sagging too much.  Fortunately we built in a back up support system.  A rope mounted to the top of the center block. 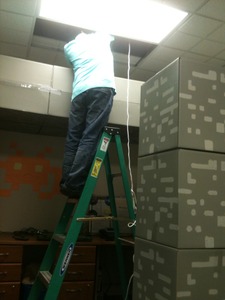 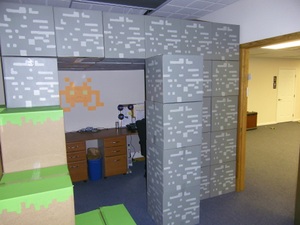 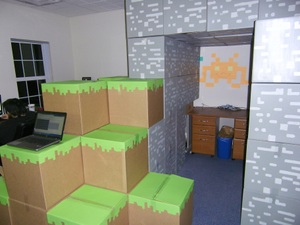 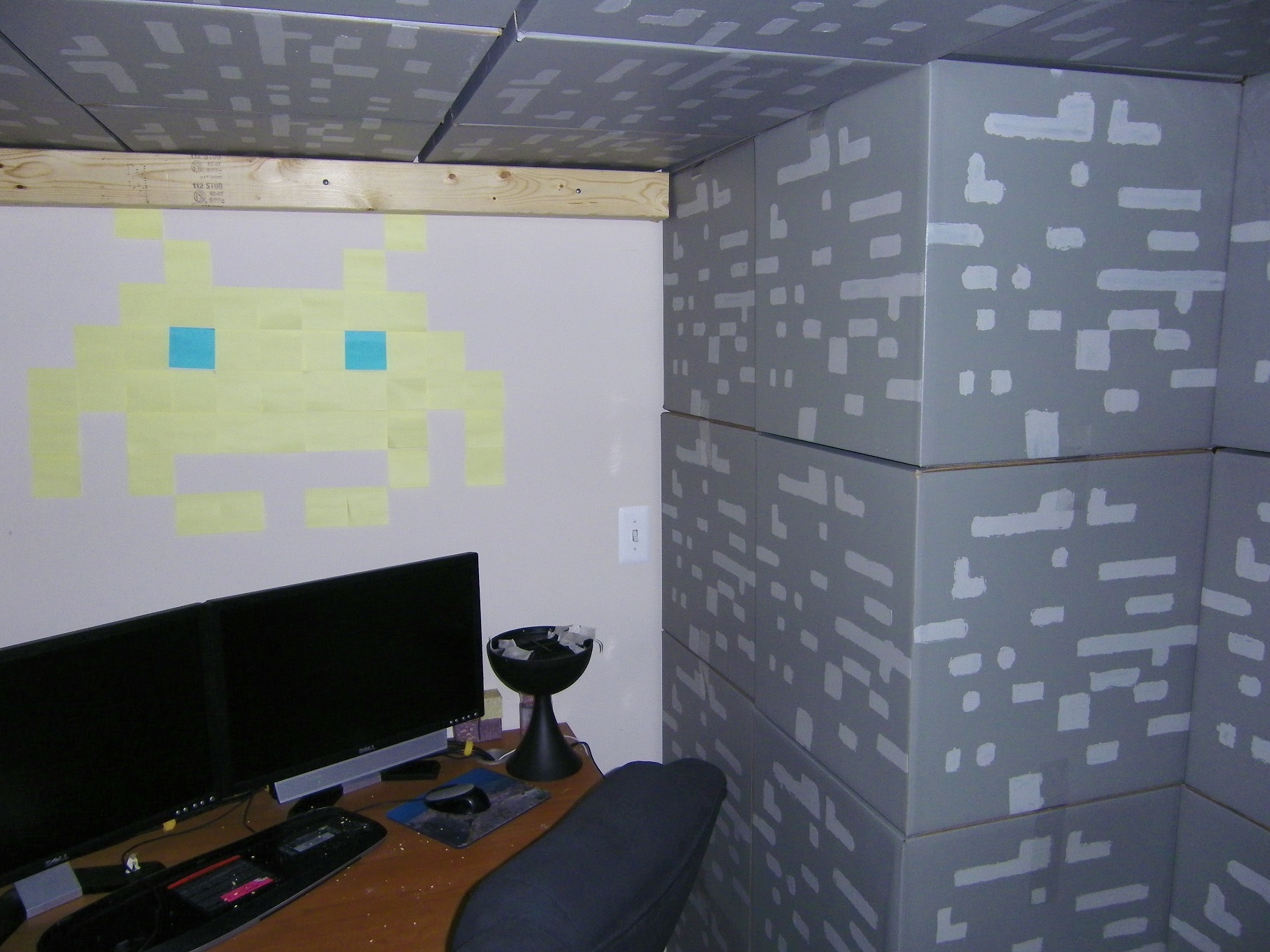 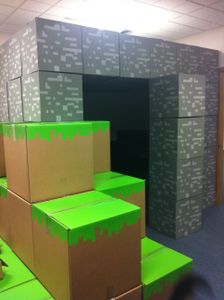