After several recent articles that claim to know where all the spam is coming from, one of our inspired software engineers, Jon D., decided to investigate it himself. The results might surprise you.*

Interactive Map of Spam by Country

Jon tracked down the physical locations of servers that send email through our cloud-based anti-spam service SpamStopsHere. Then he tallied the results and created a clickable interactive world map using the Google GeoChart API. It shows the relative volume (%) that each country contributes to to the overall amount of spam produced.

For those who are more left-brained, we've created a table of the countries from which we received more than 1% of the world's spam that day. 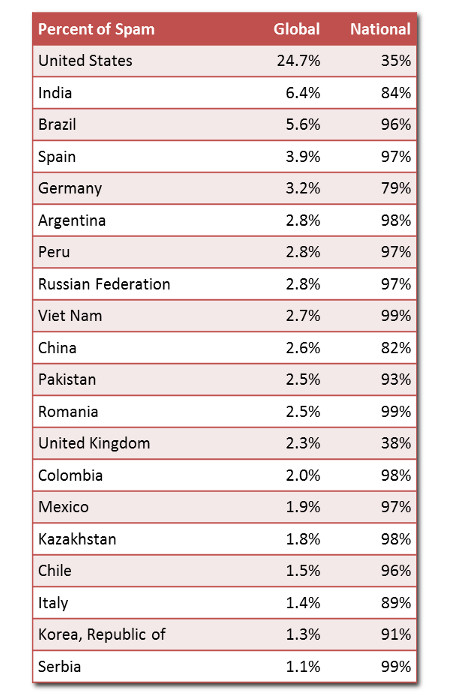 *The numbers currently do not include emails with invalid IP addresses, since we cannot easily determine yet where those messages were actually sent from. We're working on a fix for that.

Also, one of our support engineers, Ryan, cautions that the amount, type and source of spam that you get is somewhat determined by your geographic location. So, these numbers could differ slightly for each email user.